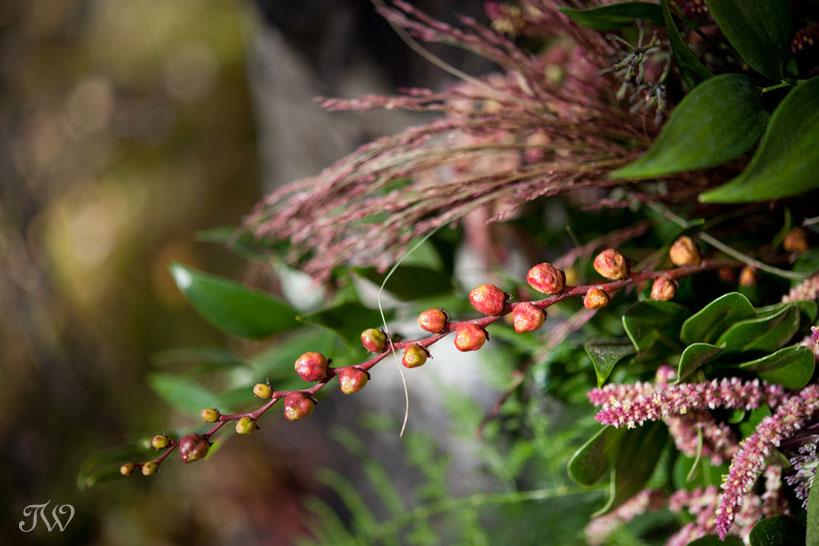 How does the old saying go…”the whole is greater than the sum of its parts”.  That’s certainly the case with this beautiful fall bridal bouquet from Flowers by Janie.  Bride Bri carried it during her enchanting mountain photo shoot in Banff. 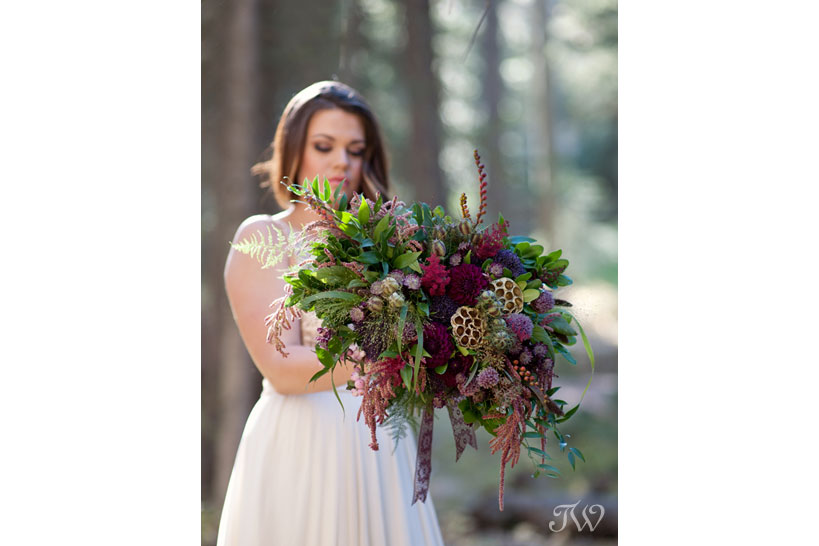 One of the smaller but highly textural and fragrant parts of this bouquet is Montbretia.  For today’s “bloom of the week” feature, Janelle from Flowers by Janie fills us in on the details…

Crocosmia comes from the Greek works “Krokos” meaning Saffron and “Osme” meaning smell. These dried flowers have a heavy saffron scent when placed in warm water. Montbretia is the common name used in the United Kingdom and Canada, named after French botanist Antoine Francois Ernest Conquebert de Montbret, who accompanied Napoleon’s invasion of Egypt from 1798-1801. In the United States you may here them called coppertips or falling stars. Montbretia have arched stems of small glossy pods that look like berries in mixed shades of green, orange, yellow and burgundy. The seedpods appear after the flower blossoms fall in August making the pods available in September and October; perfect timing for autumnal weddings requiring flowers, foliage and pods in interesting textures and colors. They are native to South Africa but are commercially grown in California and Holland for Calgary area brides. They dry beautifully and are very hardy, so they will look stunning long after your wedding day.  They give a lovely textural effect to bouquets and wedding centerpieces.

Last week we featured Nigella Pods as part of this floral series, if you’d like to see.  And let’s not forget the Dahlia!