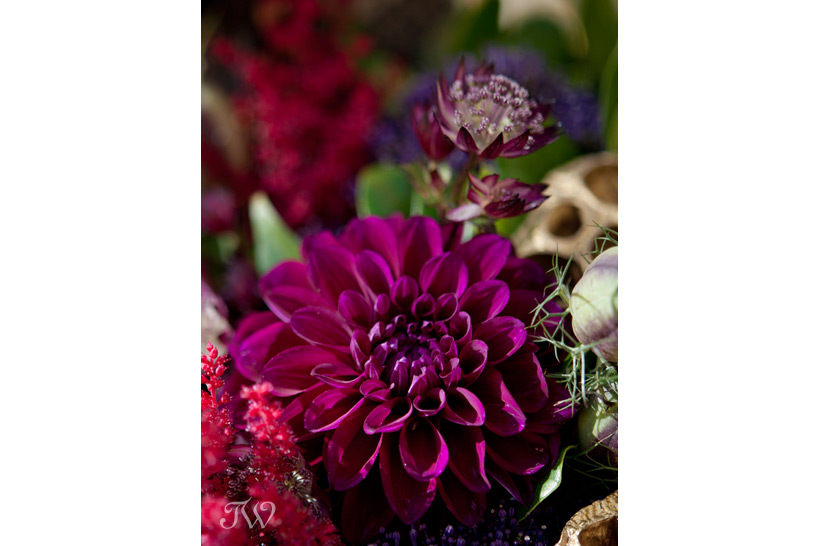 Fall has definitely arrived.  I’m a summer girl at heart but I do enjoy the rich, velvety tones of autumn.  If you’re a bride looking for inspiration for fall wedding flowers, then you’re in luck.  Today Flowers by Janie and I are kicking off our “bloom of the week” series with the Dahlia.  Janelle fills us in on the details…

The Dahlia is native to Mexico and is Mexico’s national flower. The tubers were grown as food crops for the Aztecs who called them Acocoxochitl. The Spaniards found the flower in Mexico in 1525 and later trained scientists and botanists arrived in Mexico and sent bulbs back to Europe starting the spread of the dahlia around the world. The dahlia was named in honor of the Swedish botanist Anders Dahl. The Dahlia symbolizes elegance & dignity in the Victorian language of flowers. Holland has the largest export of dahlias as a cut flower. The flowers range from 2-10inches in diameter – the largest often called dinner plate dahlias.  These flowers come in pretty much any color except blue. They are typically a late summer to fall flower. Around mid-October the season for cut dahlias starts to come to a close with less varieties being available. They prefer fresh water and last longer in vase arrangements compared to floral foam arrangements. Because of their various colors and sizes dahlias are popular as wedding flowers in the fall. Some of our favorite hues are deep burgundy and plum, which are perfect for fall nuptials. 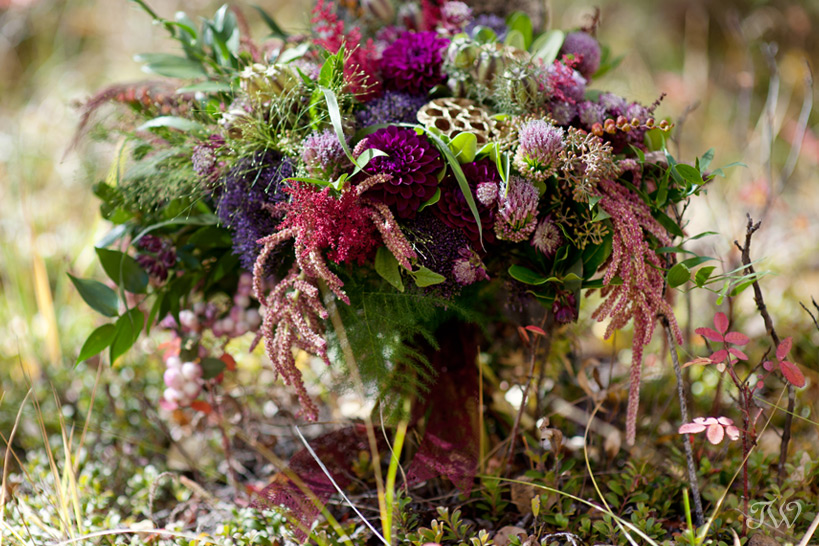 Pop back next week for more flower inspiration for a fall wedding.  Here’s a link to our summer “bloom of the week” series if you’d like to see.