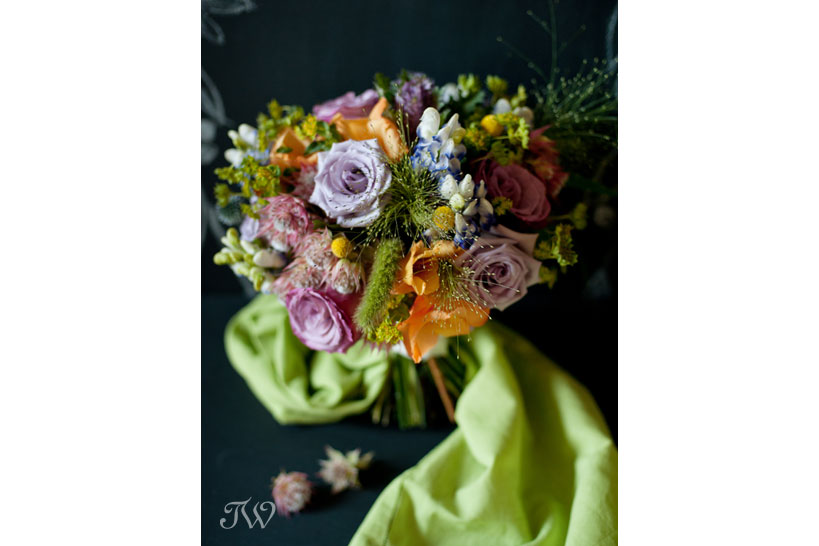 Get ready for a big dose of pretty.  This is part two in the “bloom of the week” series with Flowers by Janie.  Today Janelle tells us about Monkshood and Gladiolus, unique additions to summer bridal bouquets.

Monkshood (also called “Aconitum”) is a tall line flower most commonly seen in a blue/purple color. It is a popular perennial flower and is native to moist mountain regions in the Northern Hemisphere. It is a popular garden flower here in Canada. The individual flowers look like a hood, likely how it received its common name…Monkshood. While this flower can be sourced year-round from Europe it is harvested as a cut flower and available locally from BC during late-August to September.

As a taller flower, it looks striking in larger ceremony or altar arrangements but would also look beautiful in a loose, garden-styled, hand-tied bouquet or in oversized, free-form, summer bridal bouquets. Monkshood are great as both a cut flower and a garden flower but be very careful if you are growing it in your garden as the roots of many varieties are poisonous and have even been used as arrow poisons for hunting by the indigenous peoples of Japan, China and Alaska. 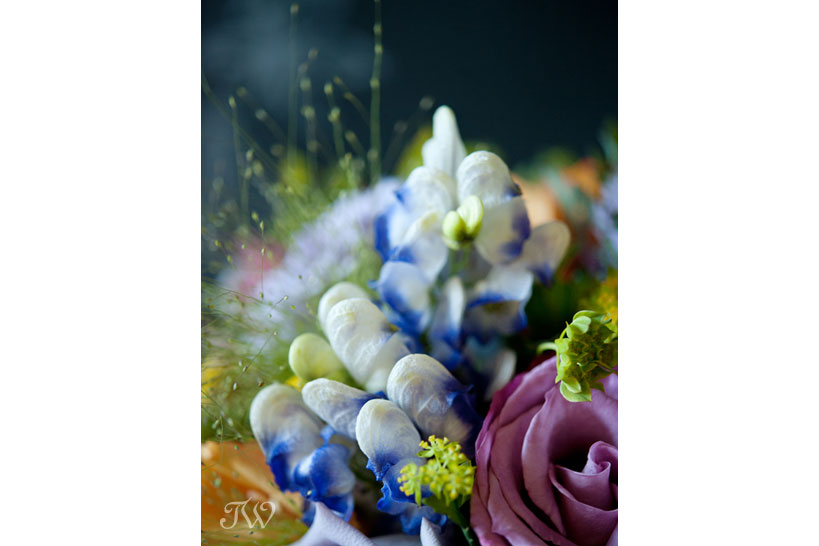 The name gladiolus comes from the Latin word gladius meaning sword. This tall sword-shaped plant produces large flower spikes that are one sided. These flowers come in a variety of colors from pastel shades to vibrant hues. Available in almost every color (red, yellow, orange, coral, pink, white, light purple and some with bi-colored markings), they can fit with most wedding color palettes. Although they are generally seen in tall altar-ceremony arrangements, the individual blooms can be wired and placed into bouquets and centerpieces to provide the pop of color you are looking for.  This works especially well with the coral variety, as there are not many naturally occurring coral flowers available. The “Glad” as it’s called amongst florists, is available locally from BC here in Canada during August and September, and from California during the rest of the year. 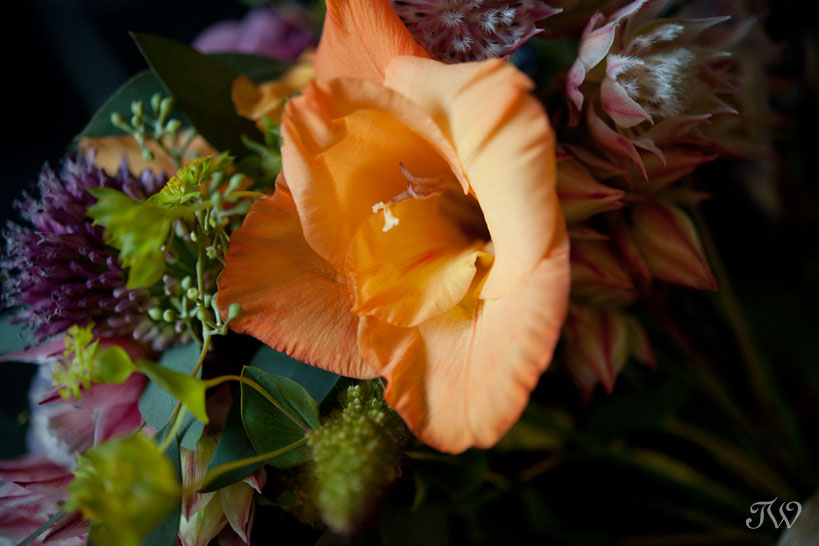 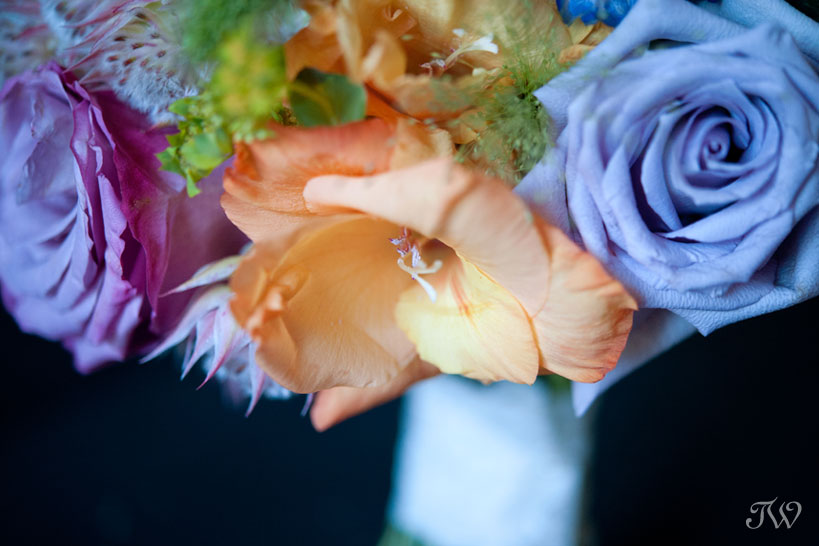 Put all this together and voila, a breathtaking bouquet for your summer wedding!