Spring flower for a wedding 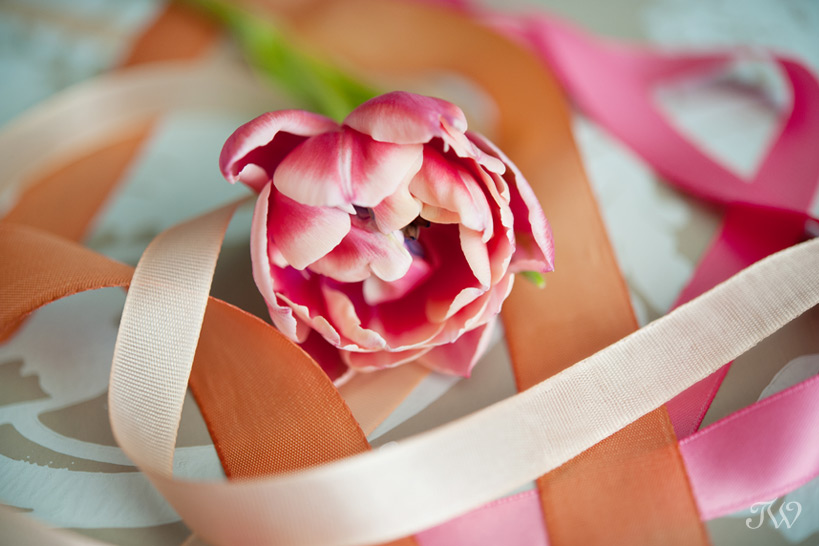 It’s time for the ‘bloom of the week’ again and today Janelle from Flowers by Janie tell us about a classic, the tulip.

Known as a spring flower, but available year round, the tulip is the national flower of both Iran and Turkey. The tulip originated in the Ottoman Empire and was introduced to Europe in the 16th century. The flower is largely cultivated and exported by the Dutch and during January-April tulips are also produced locally in British Columbia. Tulipa is the tulip’s botanical name, which means ‘turban’ in Turkish, due to the resemblance. The popularity of the tulip bulb became so coveted in 17th century Holland that in 1637 it caused an economic crisis called Tulip Mania where single bulbs of tulips were sold for a couple year’s salary or for large plots of land, only to have the market crash and the price of tulips reduced to only a small fraction of the initial price.

Tulips do not require water with floral preservative and they can have a vase life of between 3-7 days if left in cooler room temperatures.  Replace the water daily and re-cut each tulip stem at an angle with a sharp florist knife. Do not combine tulips with daffodils or paperwhite narcissus as they secrete a sap that is poisonous to the tulip and can shorten its vase life. Tulips keep growing once they are cute and placed in water, and it’s not unusual to see a height increase of a couple of inches over its vase life.

Tulips come in a large variety of bright and pastel colours as well as ruffled or parrot tulips. At Flowers by Janie, we enjoy using tulips in spring flower bouquets.

Have you seen the other ‘bloom of the week posts’?  Here’s one, two and three.