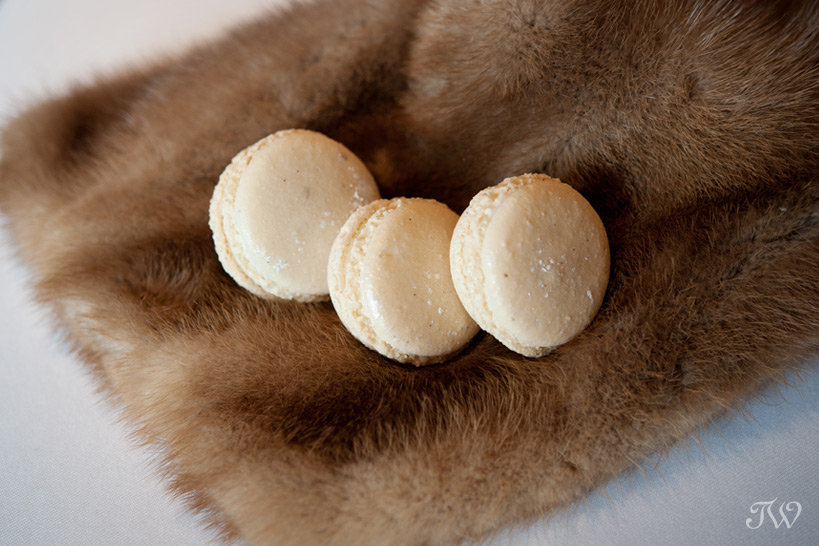 When I heard that my friend Ania Basak of Fashion Calgary was expecting a baby boy, I wanted to plan a truly unique photo shoot and maternity photography session.  In Calgary, Ania is known for her work with fashion and culture makers so I had to put on my thinking cap to create baby shower inspiration that would represent this elegant Mama-to-be. 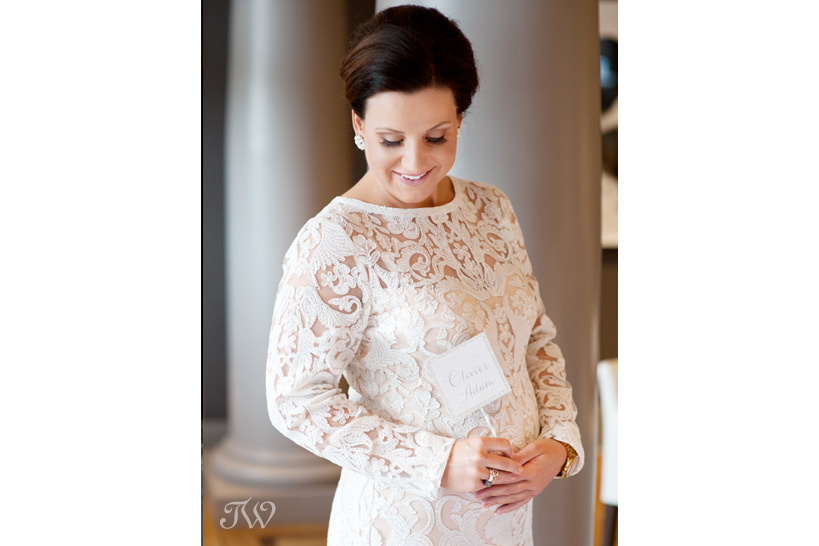 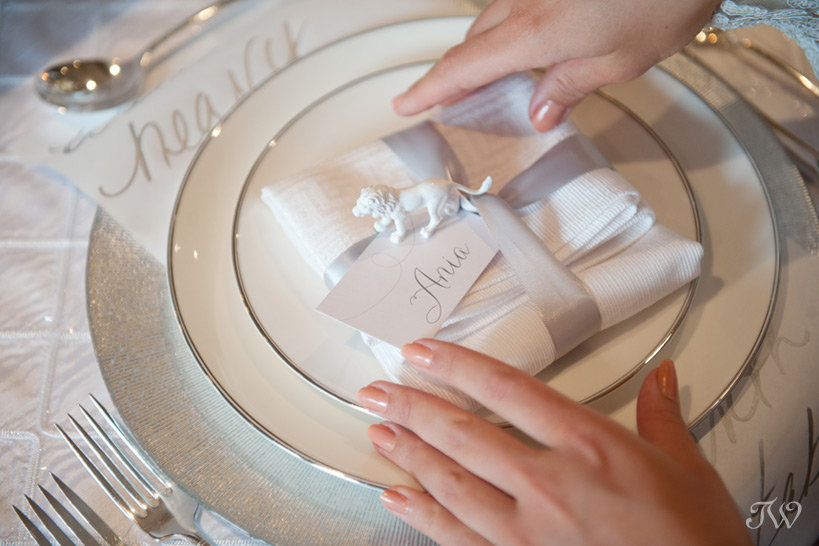 The jumping off point was a children’s story that she remembered, growing up in Poland. In fact, her husband Rafal told me that he had to memorize it in school. It was Julian Tuwim’s –Lokomotywa (The Locomotive), a tale of a train that rolled into town carrying most interesting cargo.

Here’s an excerpt from the story:

Numerous wagons she tugs down the truck
Iron and steel monsters hitched up to her back,
All filled with people and other things too:
The first carries cattle, then horses not few;
The third car with corpulent people is filled,
Eating fat frankfurters all freshly grilled.
The fourth car is packed to the hilt with bananas,
The fifth has a cargo of six grand pi-an-as.
The sixth wagon carries a cannon of steel,
With heavy iron girders beneath every wheel.
The seventh has tables, oak cupboards with plates,
While an elephant, bear, two giraffes fill the eighth.
The ninth contains nothing but well-fattened swine,
In the tenth: bags and boxes, now isn’t that fine? 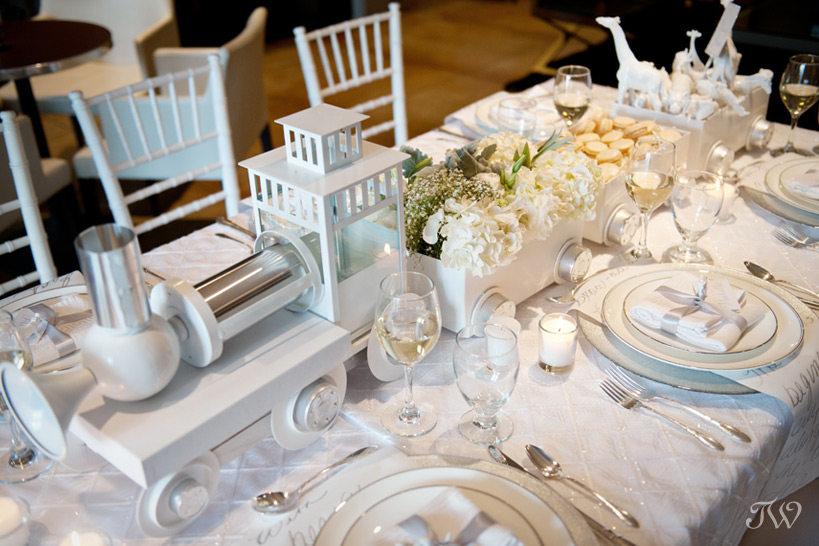 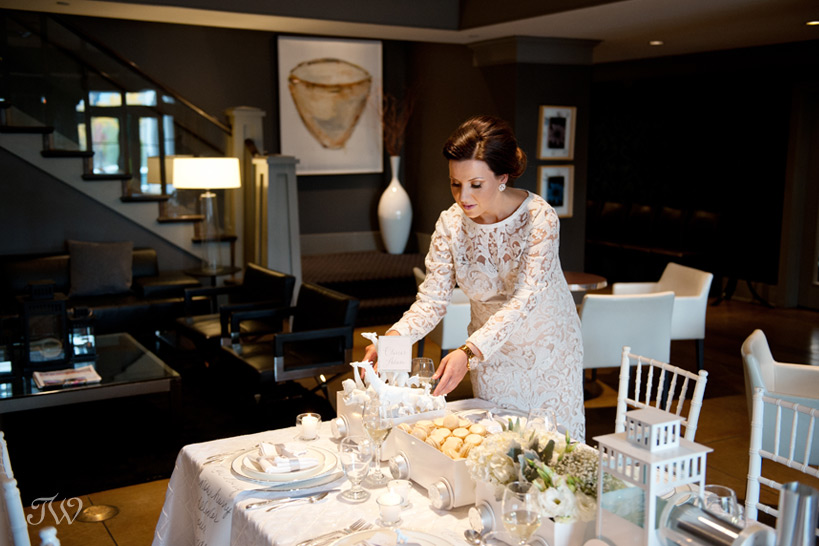 Together with Lea from Designing on the Edge, we created our own train centerpiece and tablescape, all in monochromatic white. One of our train cars contained giraffes, elephants and bears, a nod to the original story. The other cars carried white blooms and white, jasmine macarons from Yann Haute Patisserie. 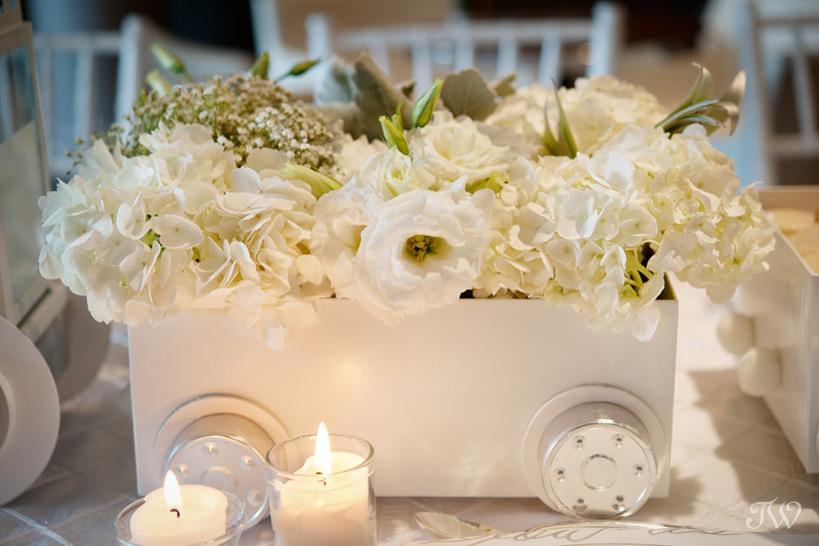 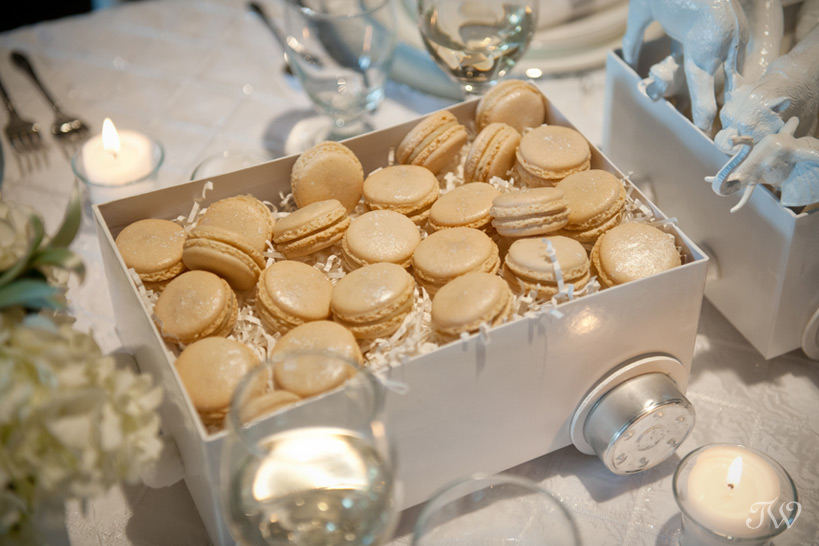 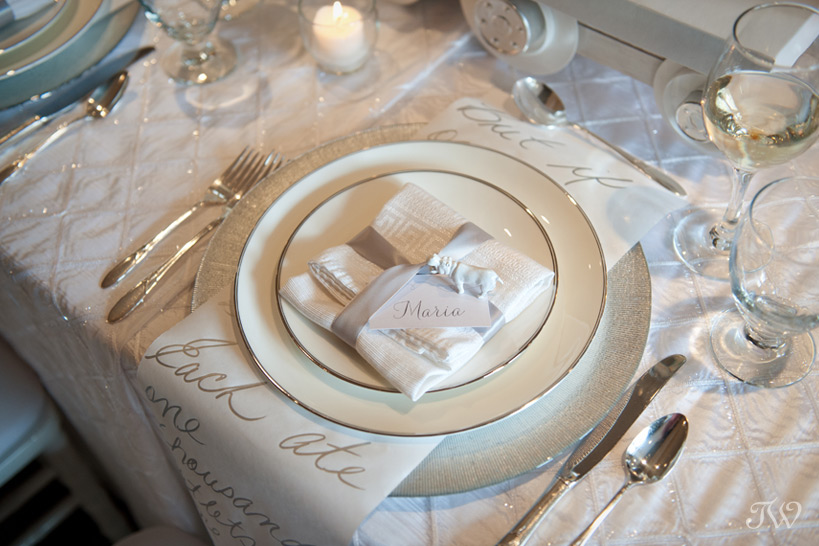 Excerpts from the story were penned in silver and placed under each place setting, perfect for a baby shower brunch. The fun part about the train is that Ania took it home to display in Olivier Adam’s room. 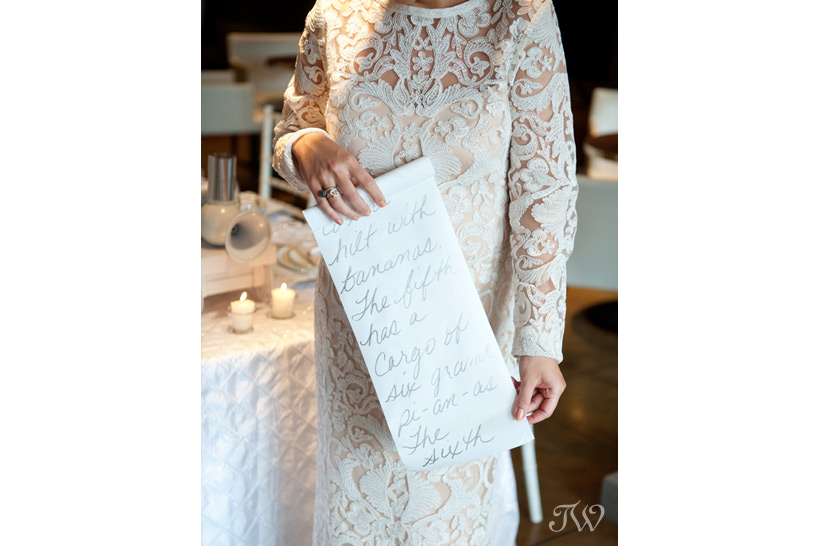 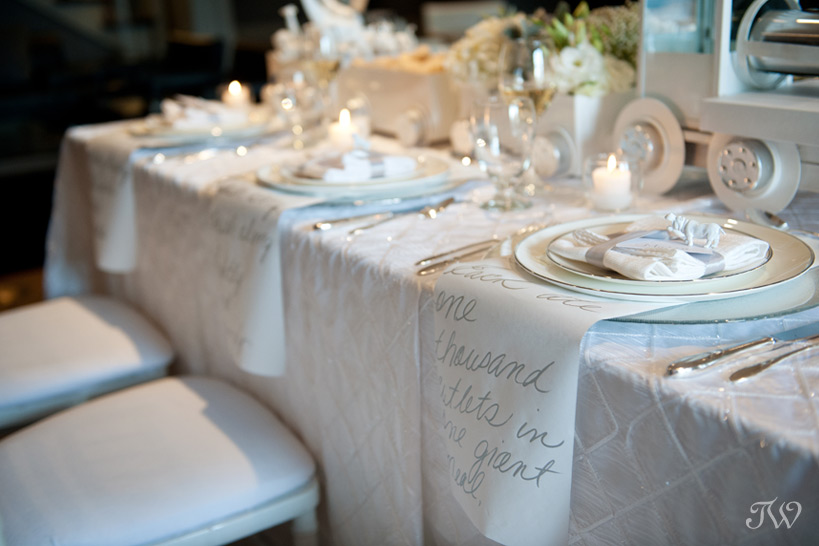 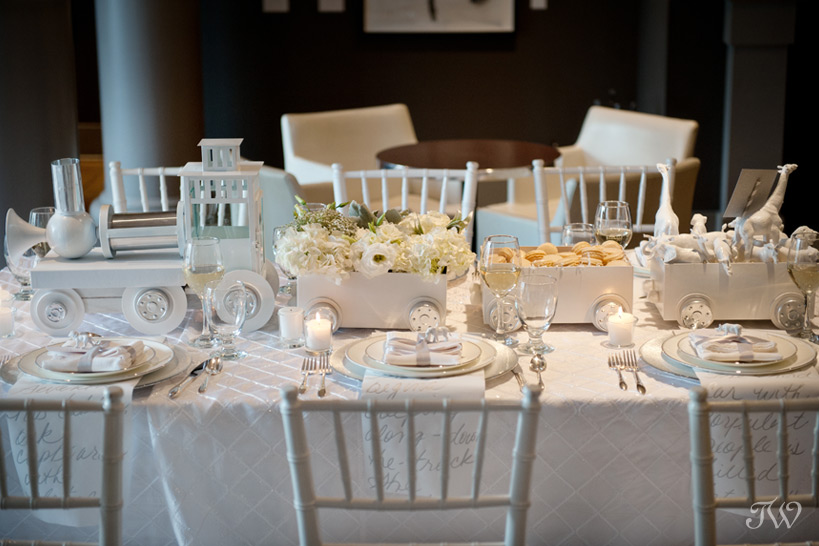 Ania accented her baby bump in a way that only she can – in a lace, sheath gown from Echo Evenings & Bridal. 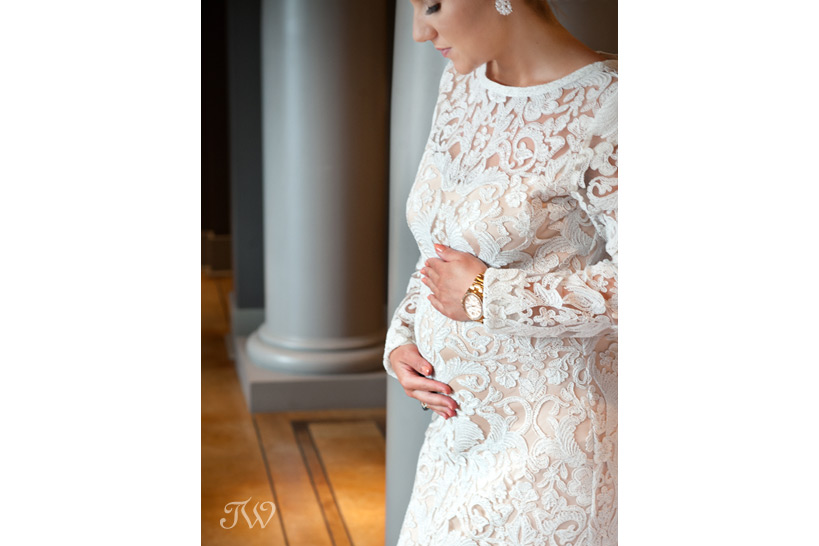 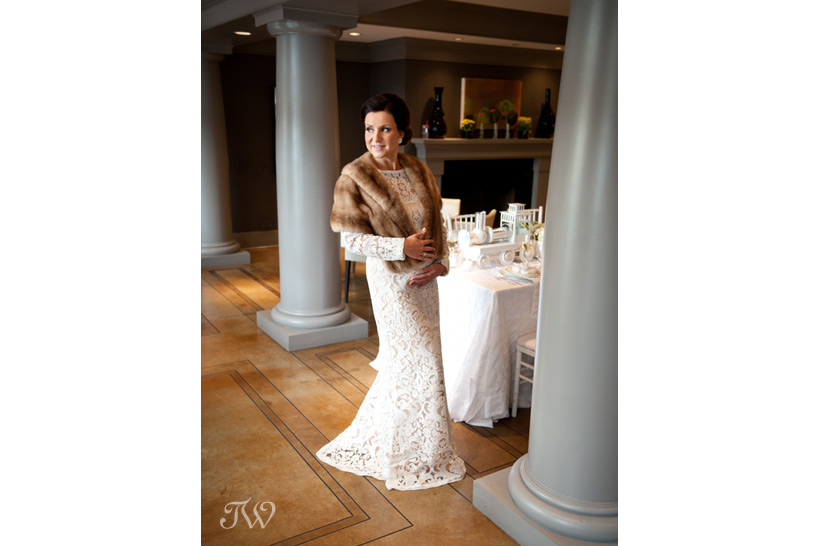 Congratulations to Ania & Rafal and thank you to everyone who participated.

Floral and train centrepiece design:  Lea from Designing on the Edge.  Extra thanks to Lea for providing an extra pair of hands that day.

So pretty and so special! What a gorgeous mama.The photography put together is absolutely stunning!

Thank you Judith. This shoot was an extra special one.