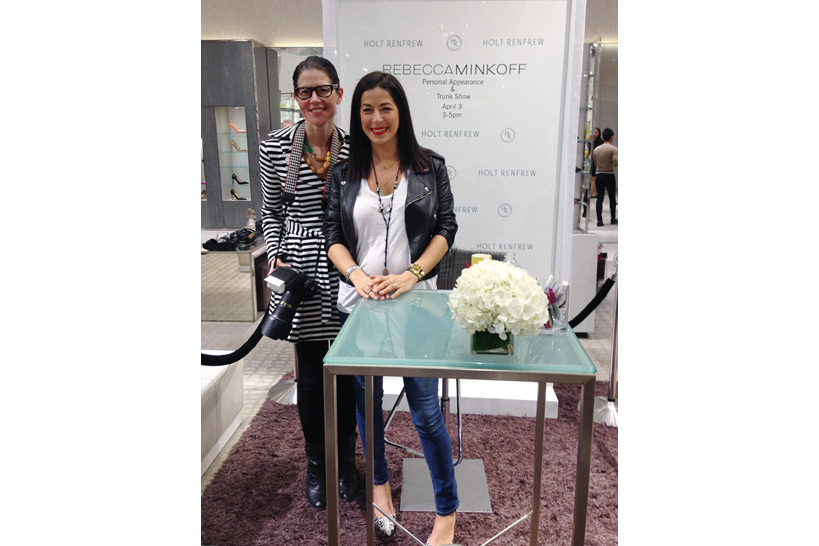 Back in March, Holt Renfrew asked me to photograph an event for someone that I’ve admired from afar for sometime, Rebecca Minkoff.  I’ve been following Rebecca Minkoff on Instagram for sometime and admiring her bright, spring line.  The handbag designer, renowned for her M.A.C. (Morning After Clutch), made an appearance at Holt Renfrew Calgary on April 3rd.  What fun to spend the afternoon with Minkoff and her colourful pieces. 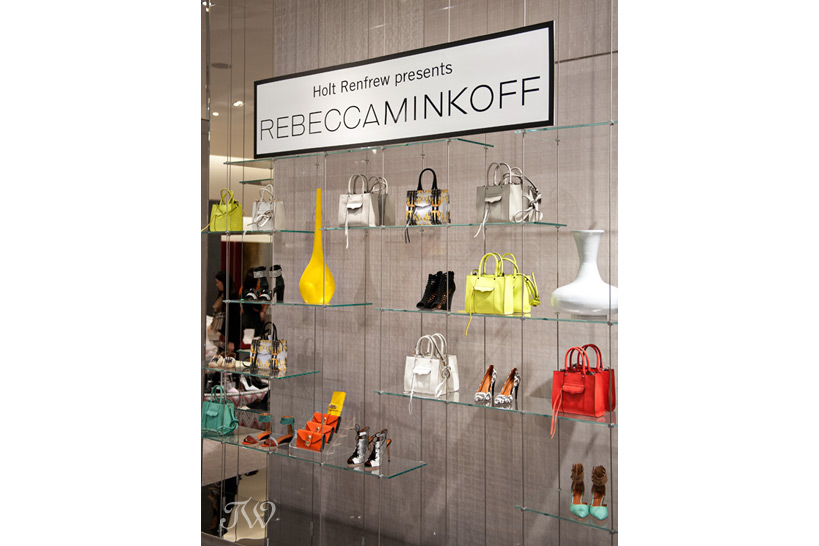 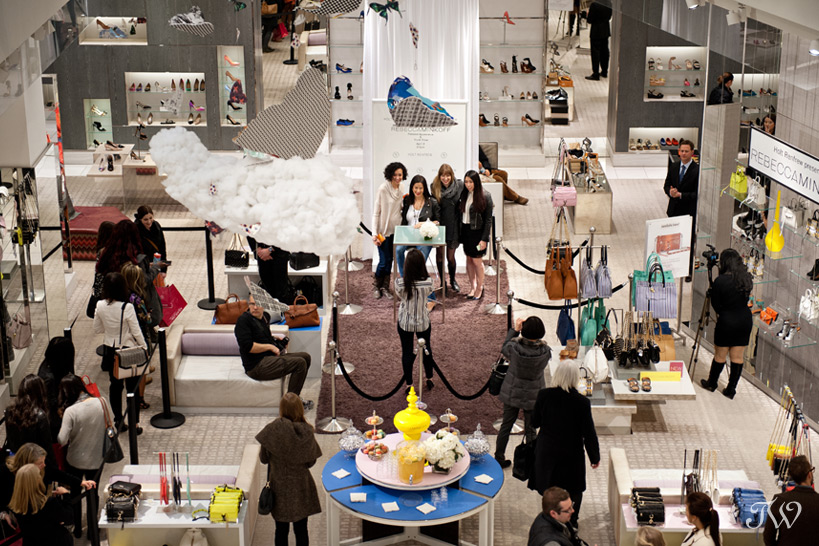 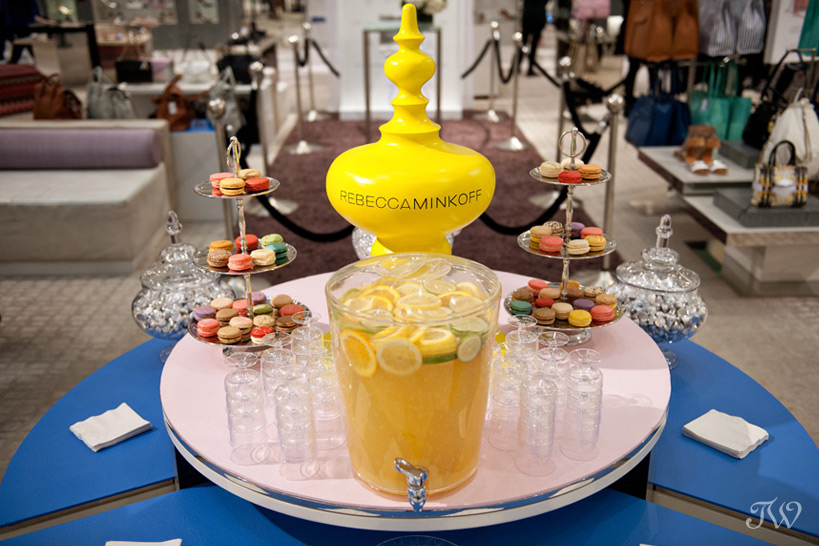 Minkoff with a local delicacy from Yann Haute Patisserie. 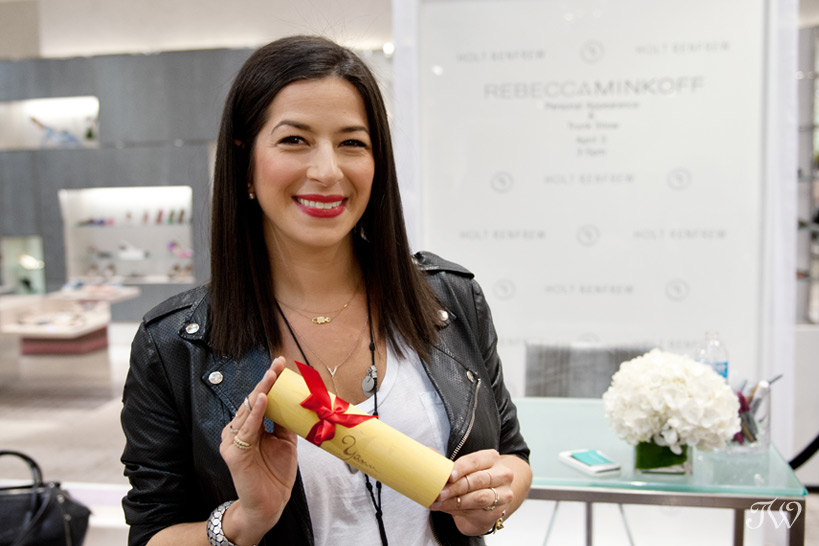 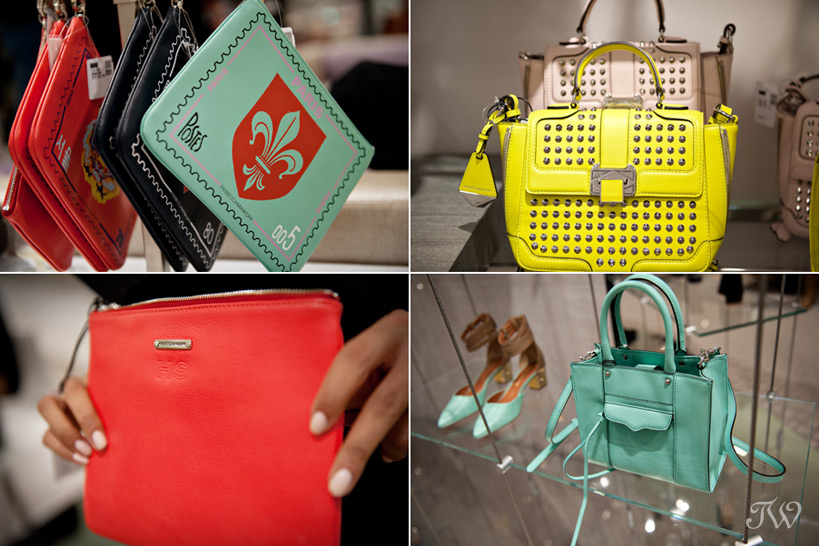 I loved some of the personal touches.  In addition to meeting the designer, guests could have their RM handbags signed and monogrammed that afternoon. 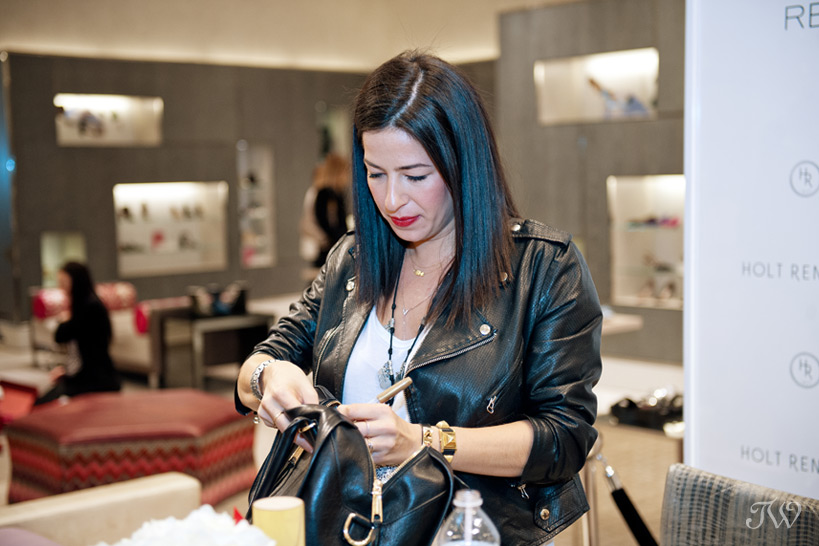 My friends at Modern Socialite described it best…Holts’ shelves held Minkoff’s new handbag and shoe collection featuring snake skins, bold colours and, of course, her signature studs. With a DJ spinning tunes, a table topped with colourful macaroons to munch on, and shelves upon shelves of fabulous bags, shoes and accessories to try, everyone was enjoying the wait to meet Minkoff. Fashionistas expressed their passion for fashion as they swooned over Minkoff’s designs that left many smiling as a splash of Holts’ magenta dangled from their arms.

Calgary fashion bloggers were present in abundance including, Becky from Velvet & Vino 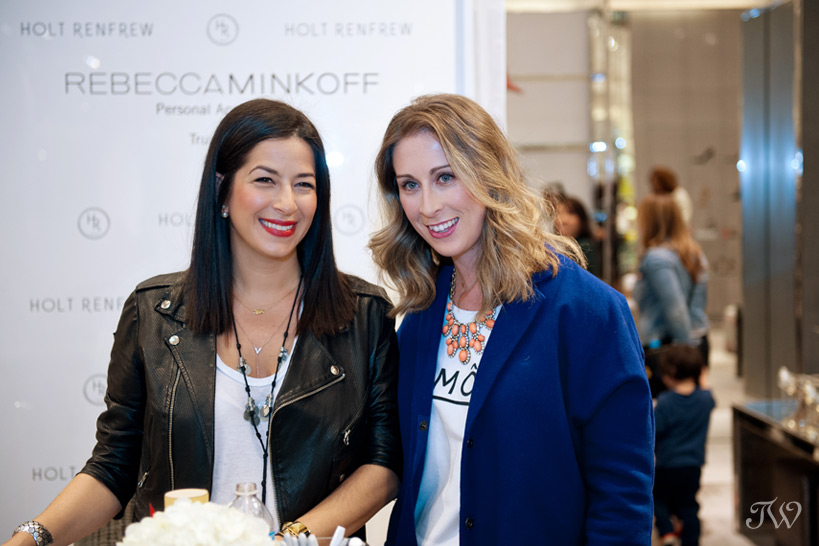 Ania Basak from Fashion Calgary.  Would you like to see Ania’s interview with Rebecca Minkoff? 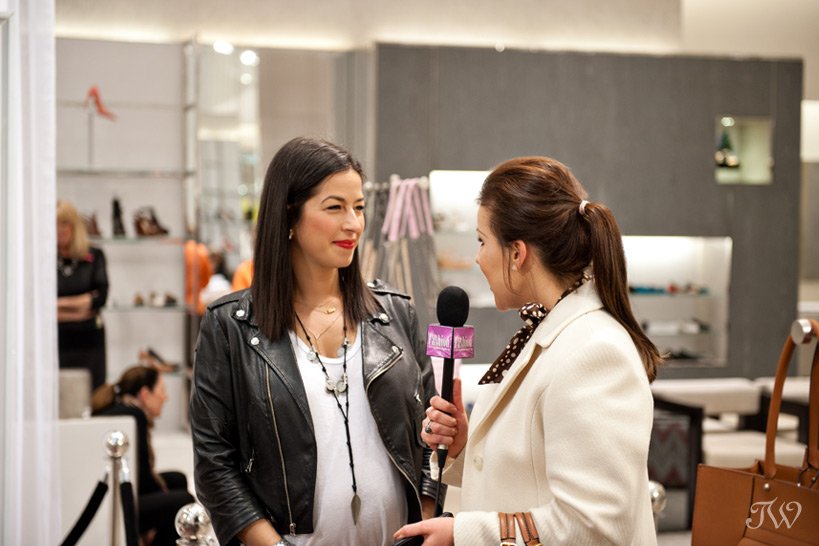 Chloe Cappelletto from #YYCBelle, has her bag signed by the designer. 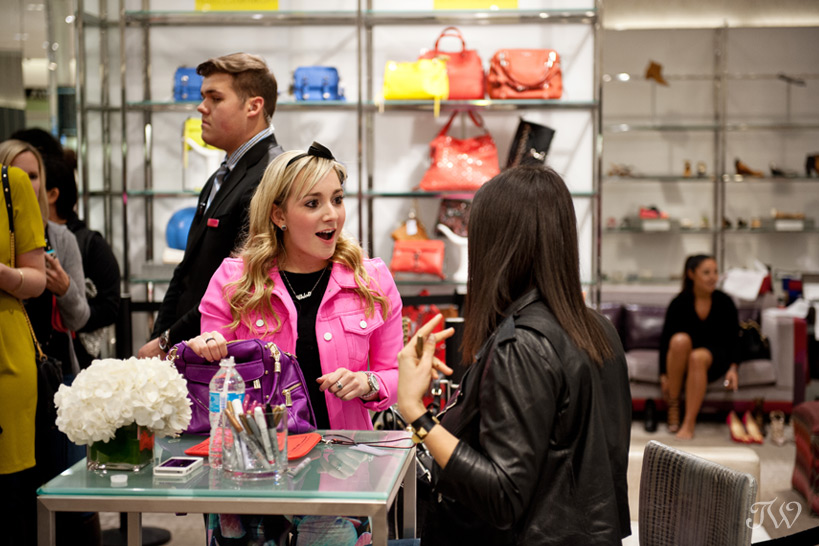 A little star struck myself, I took the opportunity for a quick photo with Rebecca.

It’s always a pleasure to work with the people at Holt Renfrew Calgary.  Thank you!