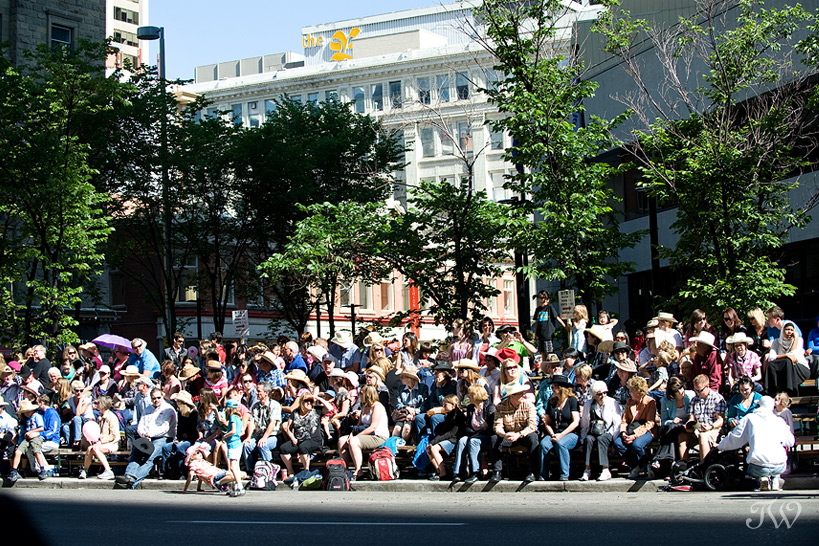 If you happen to follow me on Twitter, you will know that I won the Stampede Memories contest sponsored by the Fairmont Palliser Hotel. They asked entrants to submit their favourite Stampede memories for a chance to win 2 VIP seats for the Calgary Stampede parade, in front of the hotel. I submitted a 1950’s Love Shoot that I shot on the midway last summer. Guess what…I won. My Dad was my date and we woke up bright and early to join the throngs of people downtown. At the Palliser, they definitely know how to do the parade right. 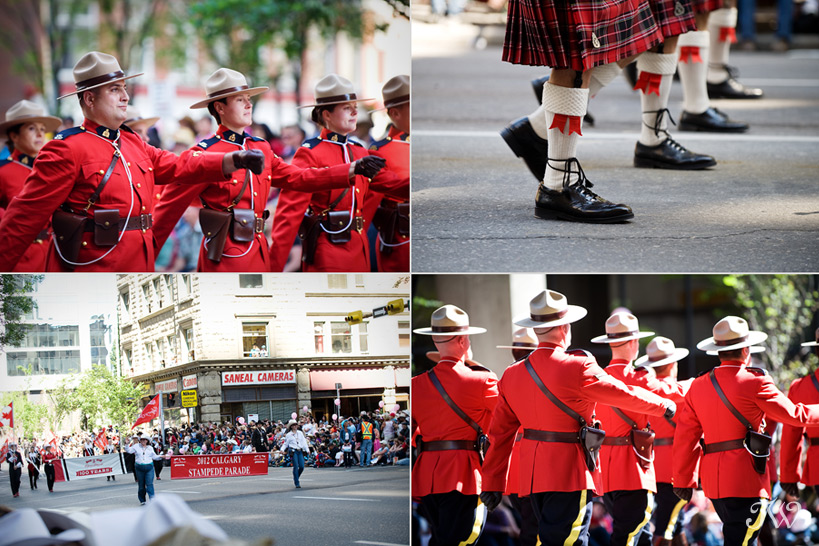 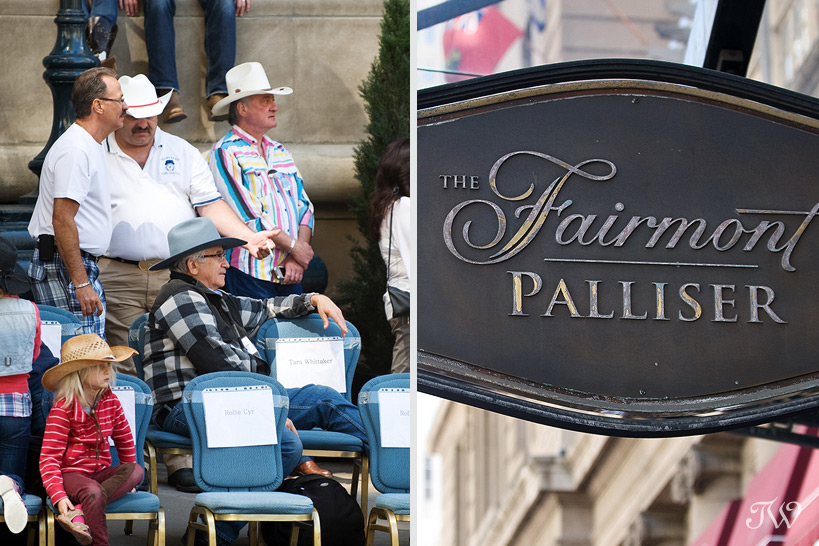 Our vantage point for the parade. 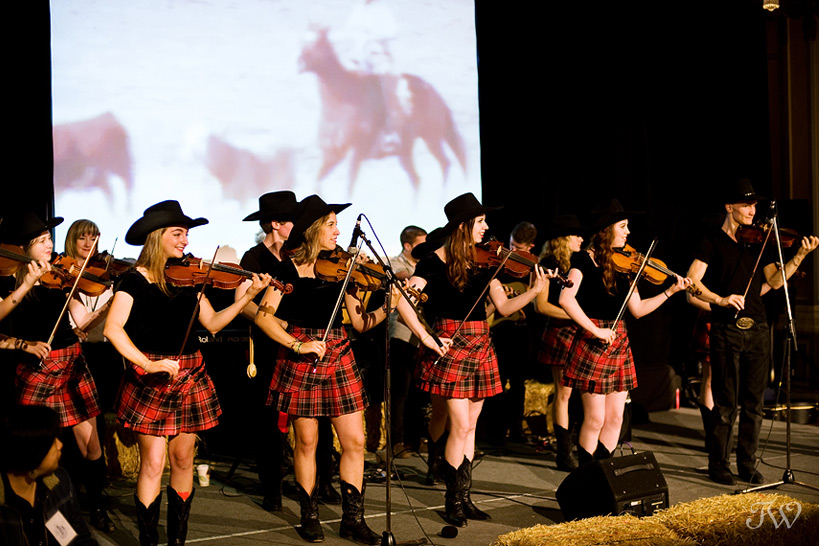 Entertainment by The Calgary Fiddlers 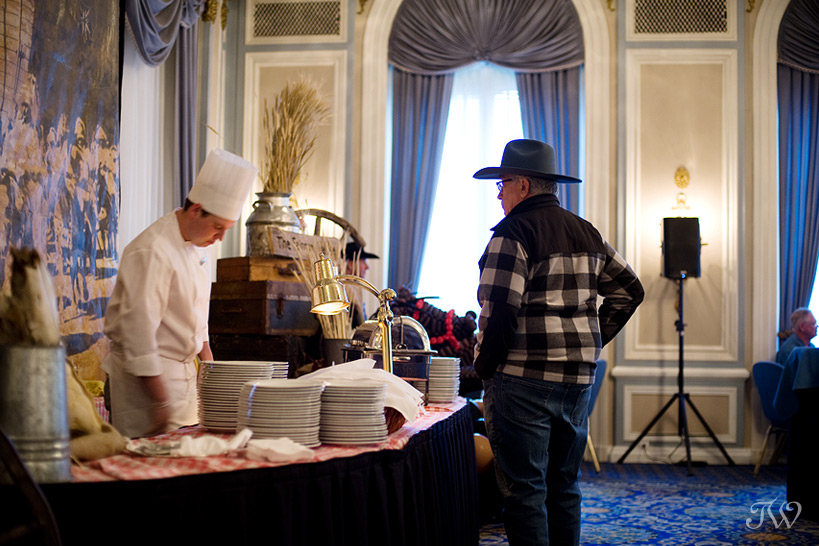 The Palliser provided the most elegant and tasty pancake breakfast I’ve ever had. Can you say Mimosa? 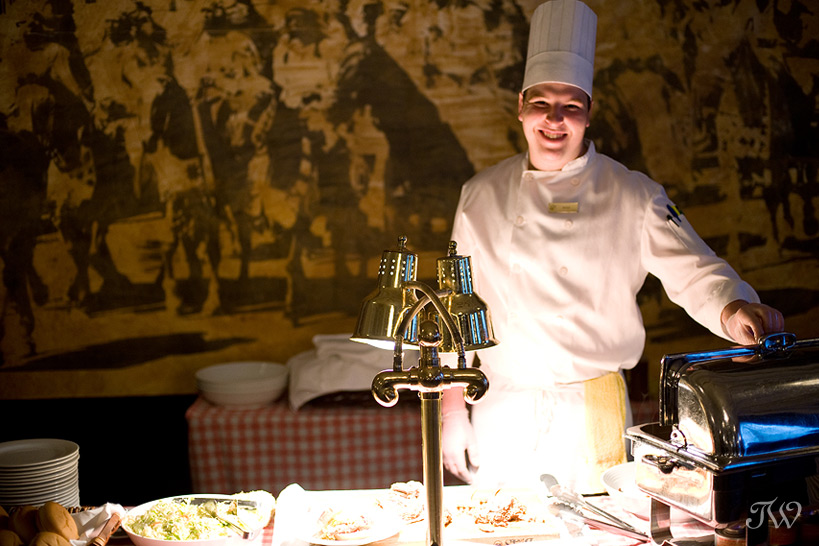 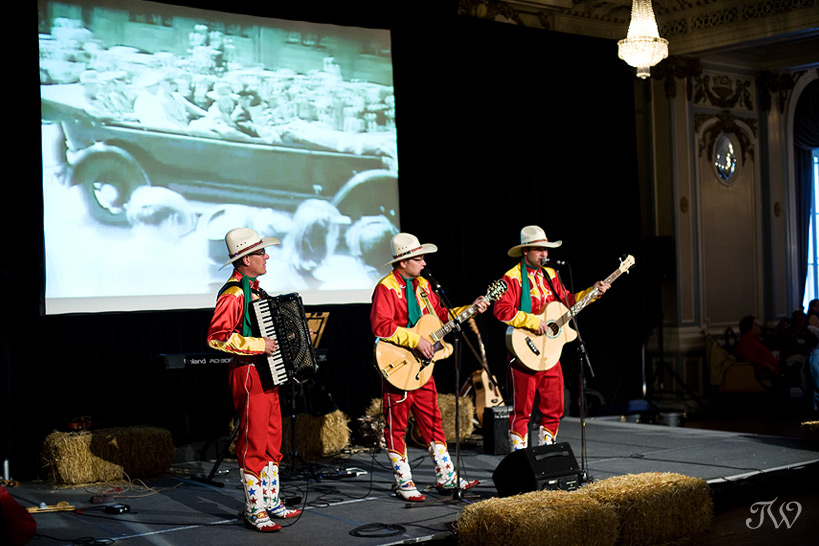 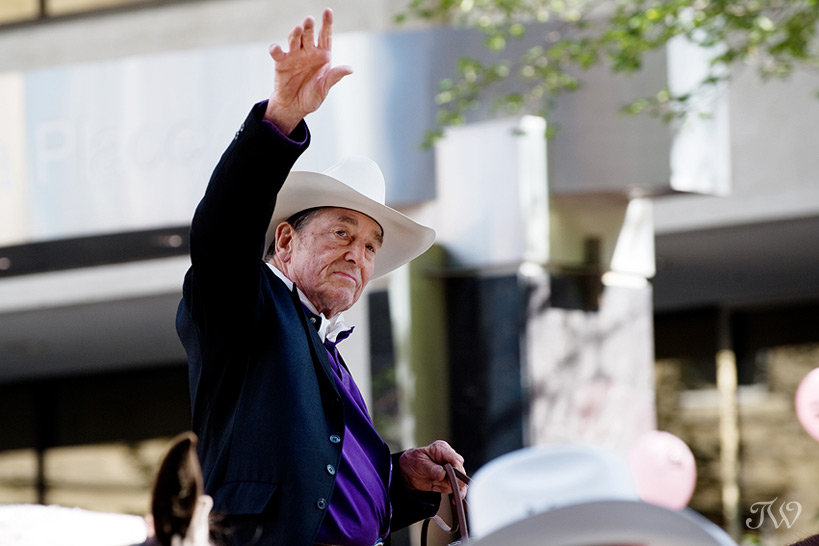 The parade Marshal, Ian Tyson. It took me straight back to grade 4 music class when we would sing “Four Strong Winds”. But I digress… 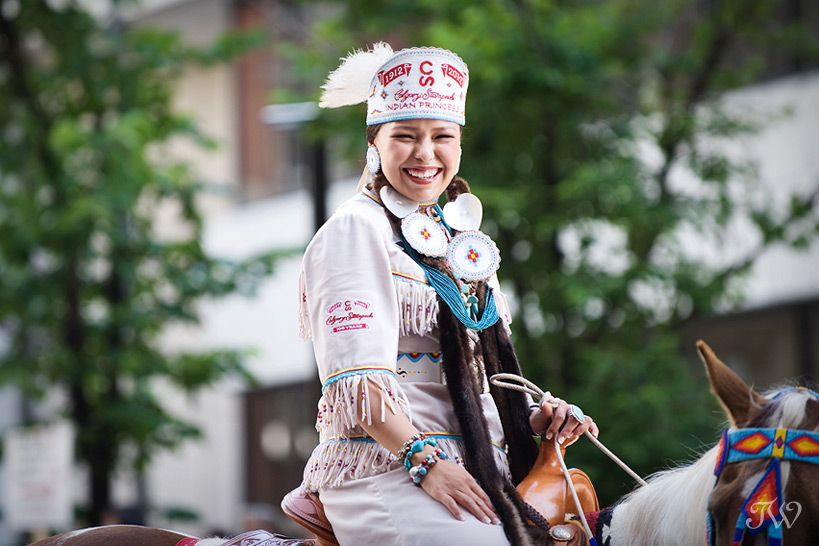 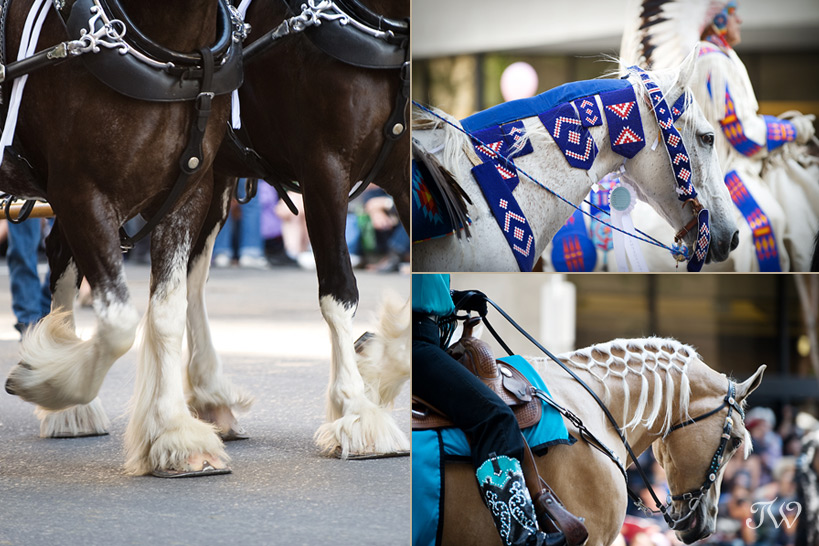 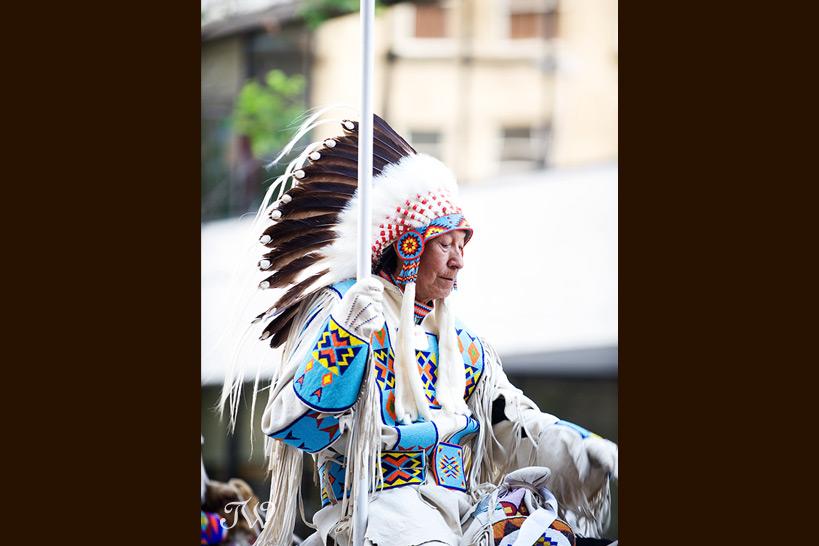 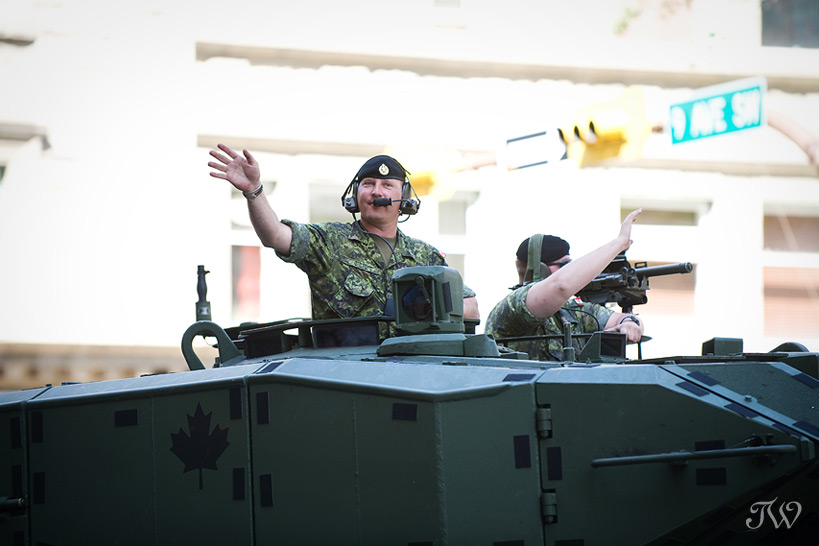 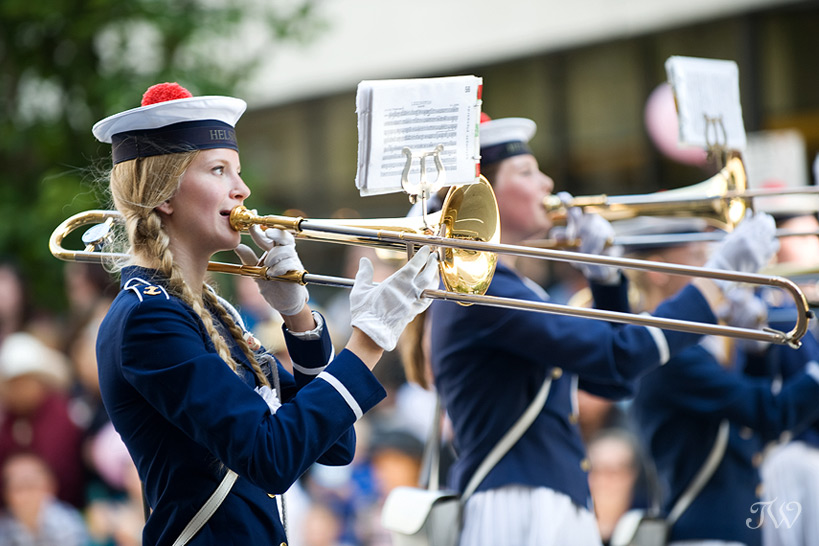 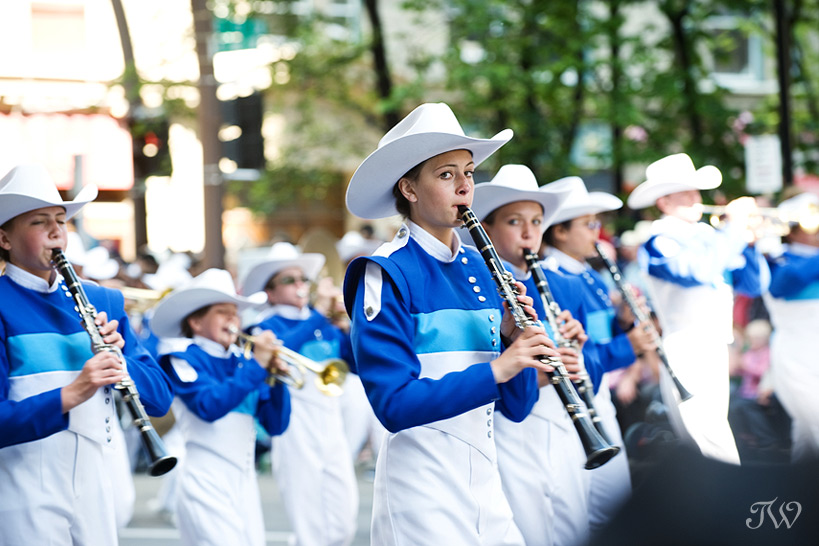 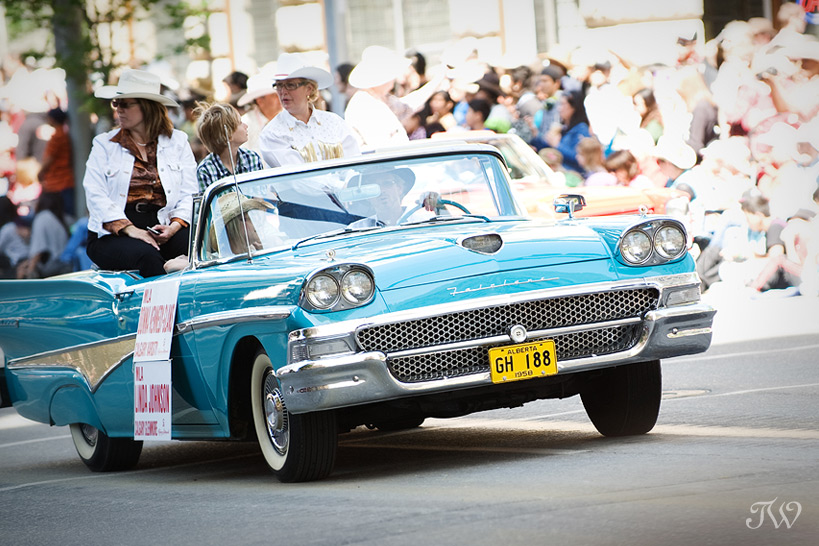 Please, I had to take a photo of the turquoise, Fairlane Ford. 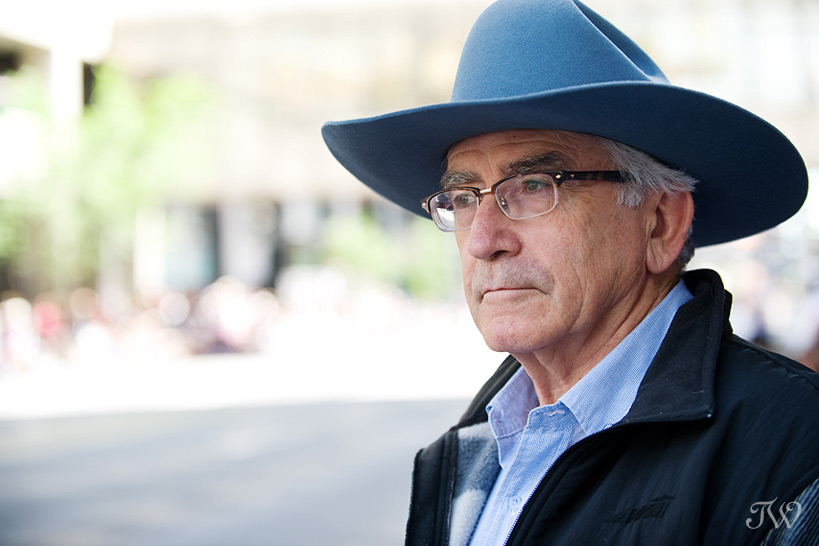 A true Alberta boy, my Pops even broke out his Smithbilt hat for the occasion. Thank you Palliser Hotel, for a great start to Stampede season.